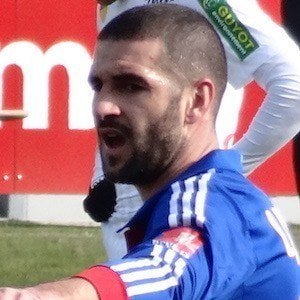 Prolific goal scoring Argentine footballer who is most notable for his time as a member of the clubs Porto from 2005-2009 and Lyon from 2009-2013. He re-joined Racing Club in 2016 after spending his early years with the team.

He spent 2005-2009 as a member of the Argentina national team, making appearances in seven games.

He was born in Rafael Obligado, Buenos Aires, Argentina.

While a member of Argentina's national team, he played under Diego Maradona.

Lisandro López Is A Member Of