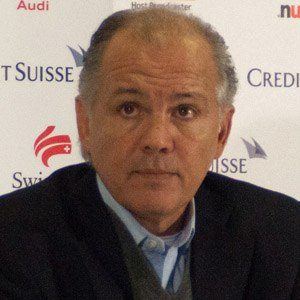 Former soccer player best known for managing the Argentine national team that finished as runners-up at the 2014 FIFA World Cup. As a player, he is remembered for his time with teams like River Plate and Sheffield United.

He was a law student at the University of Buenos Aires.

He managed Estudiantes to the Apertura title in 2010.

He was born into a wealthy family from Buenos Aires.

Alejandro Sabella Is A Member Of