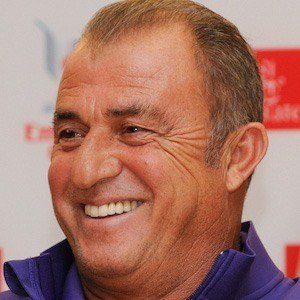 Turkish soccer coach known for his tenures at the helm of his country's national team. His work coaching various teams in Italy and Turkey earned him the nickname "Emperor."

He played soccer professionally from 1969-1985 as a member of Adana Demirspor and Galatasaray. He also earned 51 caps for the national team.

As the coach of Galatasaray, he's won multiple Super Lig titles, Turkish Cups, and Turkish Super Cups, as well as the 2000 UEFA Cup.

He married Fulya Terim in 1982 and has two children.

Fatih Terim Is A Member Of