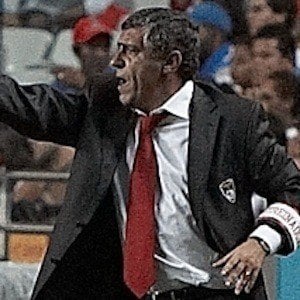 Soccer manager who began coaching the Greek national team in 2010 and formerly was a player in the Primeira Liga.

He played youth soccer for Benfica in 1966.

In 2010, he was named the coach of the decade by the Greek Football League.

He grew up with his family in Lisbon, Portugal.

Midfielder Theodoros Zagorakis played for him on PAOK.

Fernando Santos Is A Member Of