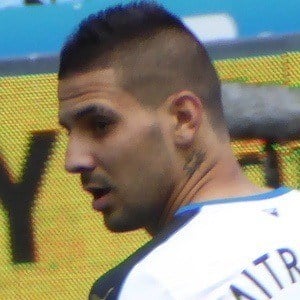 Striker for Championship club Fulham since 2018 who began playing with the Serbian national team in 2013. He previously played for Newcastle United from 2015 through 2018 and appeared in close to 70 games for Anderlecht. He spent his early professional years with Teleoptik and Partizan.

He was brought up through the Partizan youth system. He was named among the top 10 talents under 19 years of age when he was 18 years old by UEFA reporters.

He was named the best player in the tournament when he helped the Serbia national team win the 2013 European Under-19 Championship.

He was born in Smederevo, Serbia. He has a son named Luka with his partner Kristina.

He was coached by Rafael Benítez when he joined Newcastle United.

Aleksandar Mitrović Is A Member Of