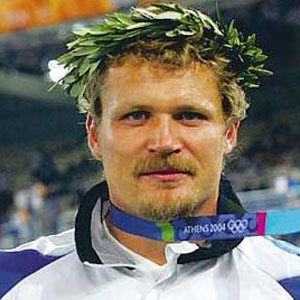 Estonian discus thrower who won a bronze medal for Estonia at the 2004 Athens games.

He made his international competitive debut at the 1995 World Championships.

He was also a bronze medalist at the 2006 European Championships and 2006 World Athletics Final.

He has two daughters with fellow Olympian Elizabeta Randjelovic.

Aleksander Tammert Is A Member Of