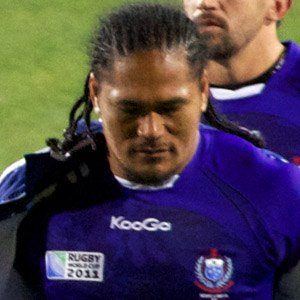 'The Samoan Bulldozer' lived up to his name, using his brute strength to lead the Premier League in scoring.

He spent two seasons at Parma, where his 12 tries for the 2003-04 season were the second-highest in the league.

He was on the Samoan team that defeated the heavily favored Australian team in a 2011 test match in Sydney, Australia.

He was part of a Leicester family, with all four of his brothers playing for the team as well. He married Aniva Tuilagi.

He played alongside Ben Youngs on the Leicester Tigers.

Alesana Tuilagi Is A Member Of