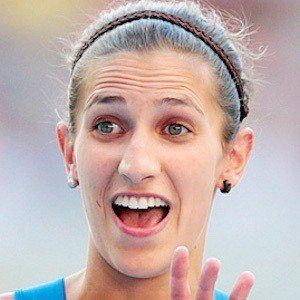 Her first major victory came in 2008, when she won the Italian Youth Championship. She's competed with G.S. Fiamme Gialle.

The European Athletic Association named her Athlete of the Month for January 2012. In 2013, she made a jump of 2 meters, the third Italian woman to surpass the mark.

She grew up in Pordenone, northern Italy.

She competed against Vashti Cunningham at the 2016 IAAF World Indoor Championships. Cunningham took gold in the high jump.

Alessia Trost Is A Member Of