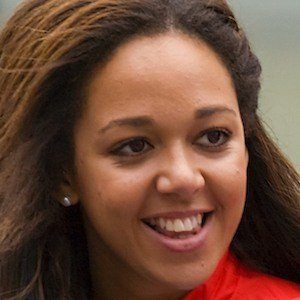 English track and field athlete most known for competing in the high jump. She finished 15th in the heptathlon at the 2012 Olympics.

She grew up in Liverpool and attended Catholic High School. Some of her early funding came from the Wells Athletic Foundation.

Her parents are named Tracey and Ricardo. Her father is from the Bahamas.

She has competed against fellow English heptathlete Jessica Ennis-Hill.

Katarina Johnson-Thompson Is A Member Of