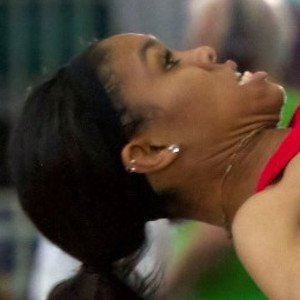 American high jumper who, in 2016, became the youngest person to win a gold medal at the World Indoor Championship. She entered the 2016 Olympic Games as a favorite to win the gold medal.

She competed in track at Bishop Gorman High School, along with her brother, before signing with Nike in early 2016.

In winning the 2016 USA Indoor Track and Field Championships, she set a World Junior Record with a 1.99 meter (more than 6'6") jump.

She and Brigetta Barrett are both known for their success in the high jump.

Vashti Cunningham Is A Member Of