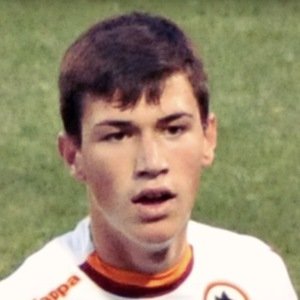 Soccer star who has played centre back for such clubs as AS Roma, UC Sampdoria and AC Milan. He made his senior debut with the Italian national team in 2016.

He spent his youth career at Roma and made his first-team debut at age 17.

He won the Supercoppa Italiana championship with Milan in 2016.

He is the brother of soccer player Simone Romagnoli.

He has been managed by Gennaro Gattuso at Milan.

Alessio Romagnoli Is A Member Of