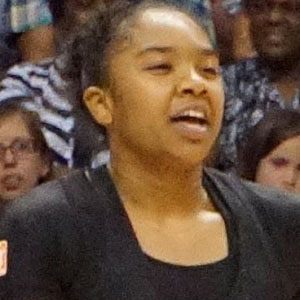 She worked as an intern for Indiana Fever. In high school she helped her team score a perfect 30-0 season and a state championship.

She won the Frances Pomeroy Naismith Award in 2013. She also played in the 2015 WNBA All-Star Game.

She was born in Indianapolis, Indiana. Her biological father is former NFL player, Albert Bentley. She grew up with her parents Jeff and Marie Wilson and two siblings: Jeff Wilson III and Alana Bentley.

Both she and former basketball player Rebecca Lobo played for Connecticut Sun.

Alex Bentley Is A Member Of