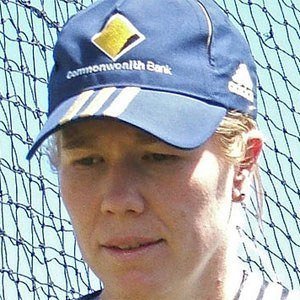 Specialist batsman and Australian captain who made her test debut in 2003 against England.

She began her career in 2001, playing for New South Wales in the Women's National Cricket League.

She helped lead Australia to the 2005 World Cup title.

She has an identical twin sister, Kate, who has also played cricket internationally for Australia.

While playing for Australia she has been teammates with Jess Cameron.

Alex Blackwell Is A Member Of