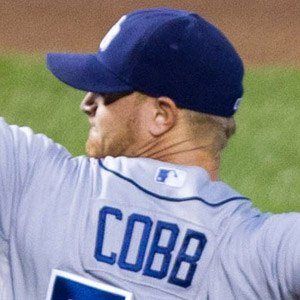 MLB pitcher who made his major league debut with the Tampa Bay Rays in 2011. He is known for his endorsement of the isoBLOX, a protective head pad meant to protect players from injuries.

He was a student at Vero Beach High School in Vero Beach, Florida until 2006.

He missed two months of play after being hit in the head by a line-drive in June 2013.

He married Kelly Reynolds in 2015.

His infamous head injury came as a result of a hit from Kansas City Royals first baseman Eric Hosmer.

Alex Cobb Is A Member Of