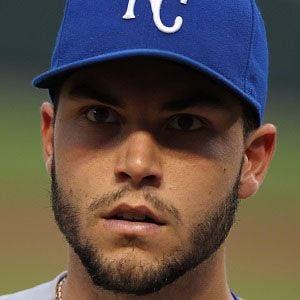 MLB first baseman who helped the Kansas City Royals win the World Series in 2015. He had his breakout during the 2014 postseason, when he and the Royals won the American League pennant. In 2018, he joined the San Diego Padres.

He was selected 3rd overall in the 2008 MLB Draft after earning national attention at American Heritage High School.

He ascended from the minor league ranks and made his MLB debut on May 6, 2011 for the Royals. He finished third in Rookie of the Year voting in 2011.

He was raised with an older brother named Mike Hosmer Jr.

He was praised by former Kansas City great George Brett for his potential and intensity.

Eric Hosmer Is A Member Of