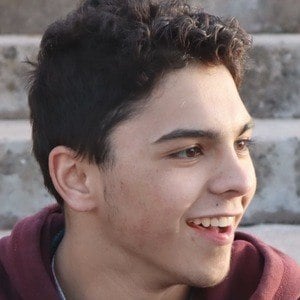 Adopted member of the Crazy Pieces YouTube family. Parents Aaron and Crystal Pettit blended their family with both biological and adopted children and launched a YouTube channel to vlog their experiences. He also launched his own self-titled channel.

He and his sister were taken home the day they met Crystal and Aaron.

He's been featured in many of his family's videos, including one documenting his 2018 Homecoming proposal.

He has two other biological siblings, an older brother and a younger sister. He reunited with his biological brother after 14 years of not being in touch.

His aunt and uncle are Shelly and Jared Wallace of the CRAZY MIDDLES family vlog.

Alex Pettit Is A Member Of