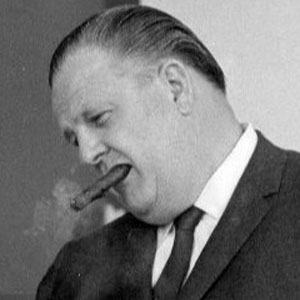 American news reporter and commentator who worked with NBC Radio and ABC's Information Radio network. Later in his career he began acting and appeared in films such as Chandler and The Carey Treatment.

He started out covering Berlin for United Press when he joined NBC in 1941.

He was inducted into the Illinois Broadcasters Hall of Fame in 1989.

He and Chris Hansen both had significant careers with NBC.

Alex Dreier Is A Member Of