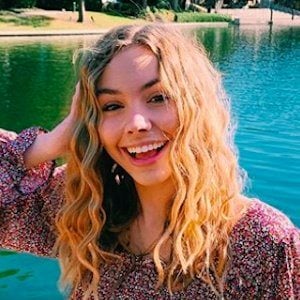 TikTok star who has earned over 3.4 million fans and more than 313 million likes on her mynameisalex.french account. She began her rise on TikTok in late 2019, when her high-energy dance, lip-sync and comedy videos were regularly earning millions of plays each.

She first launched her TikTok account under the username alex58231.

In the summer of 2019, she traveled to South America to provide outreach for children. She has over 550,000 followers on Instagram where she often posts pictures with her friends.

She has a dog named Annie who has her own Instagram account. Her brothers have appeared in her TikTok videos.

She celebrated reaching 400,000 followers on TikTok by dancing to the Ray J song "One Wish."

Alex French Is A Member Of