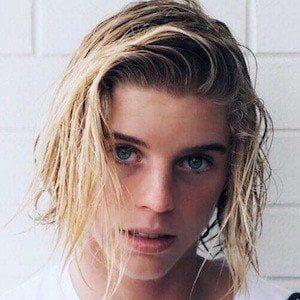 Australian surfer popular on Instagram who became most well-known after posting what would turn out to be a fake selfie of him with a shark that went viral. His account has more than 500,000 followers. He has also worked as a DJ and has posted videos of himself playing on his Instagram.

The first photo he posted to his Instagram was a close-up of an eye. He posted it in December of 2012.

His self-titled YouTube channel has earned more than 370,000 subscribers for his travel and adventure vlogs. Apart from surfing, he loves skateboarding, skydiving and cliff jumping.

He has a brother named Josh Hayes. In 2016, he dated Eva Gutowski.

In 2017 he went on tour with Jacob Sartorius and vlogged about it.

Alex Hayes Is A Member Of