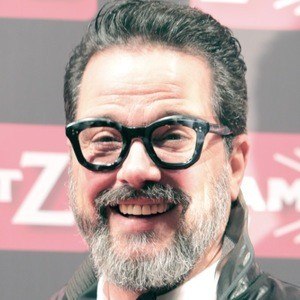 Initially famous as a contestant on the 2000 season of Big Brother Germany, Jolig went on to pursue singing and acting careers, releasing the hit singles "Willst Du...?" and "Ich Will Nur Dich" and appearing in the 2002 sci-fi film Pythons 2.

He and his brother Andreas were raised in Stuttgart, Germany.

Apart from his entertainment career, he raced motorcycles and owned two restaurants in Bonn, Germany.

Before marrying Britt Jolig-Heinz, he fathered a son named Paul through a relationship with Jenny Elvers.

He and Adrienne Wilkinson were both in the cast of the 2002 film Interceptor Force 2.

Alex Jolig Is A Member Of