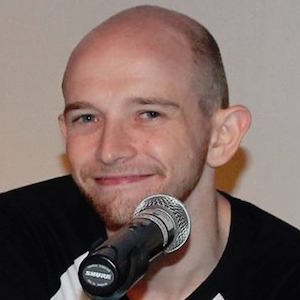 Production assistant most famous for his work on the reality show podcast Rob Has a Podcast. He has served as the live feed correspondent for Big Brother Canada and participated in a variety of recap shows for Game of Thrones, The Walking Dead and more.

He graduated from James Hubert Blake High School in Colesville, Maryland in 2005. He later earned his bachelor's degree in communication studies from Towson University.

He has been a guest on the Game of Thrones book club podcast.

He grew up in Silver Spring, Maryland, but later went on to base himself in Los Angeles, California.

He was hired by former Survivor contestant Rob Cesternino to work on Rob Has a Podcast.

Alex Kidwell Is A Member Of