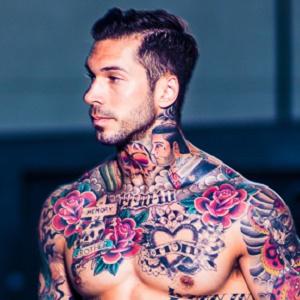 Retired Marine corporal awarded with a Purple Heart who would become an international and inspirational model. Test shots of his went viral and he would become the face of the up-and-coming underwear company Jack Adams and earn a 6 page spread in GQ Magazine.

Three weeks into his first tour in Afghanistan, his humvee was hit by a roadside bomb, which resulted in him losing his right leg. He also suffered a broken jaw and had his arm torn to shreds. He went into a coma for 47 days.

He was invited to be on The View, not because of his war heroics, but because he was fashion's hottest new model.

He was born in Orange County, California as the oldest of four siblings. One of his brothers passed away from a drug overdose, which put him in a downward spiral before he turned to physical fitness to help him through it.

Alex Minsky Is A Member Of