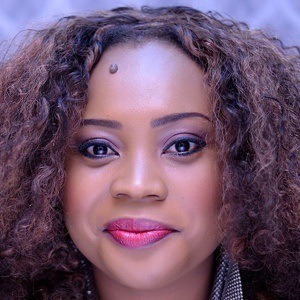 Multi-talented actress, author, speaker and television personality who has been dubbed "Queen of Expression" due to her diverse contributions to Nigerian culture. She is the star of films like 2015's Cajole and the host of shows like Mega Vision and Fitness at Your Finger Tips.

She grew up in Lagos, Nigeria. She first entered the public consciousness as a contestant on the reality show Amstel Malta Box Office in 2005.

She is the author of the self-help books The Naked Truth: Lies Stripped and Stripped Down Success For Creatives.

She was briefly married to actor Omar Captan, with whom she has a son named Ray Okoroji-Captan.

She co-starred with Chris Attoh on the soap opera Tinsel.

Alex Okoroji Is A Member Of