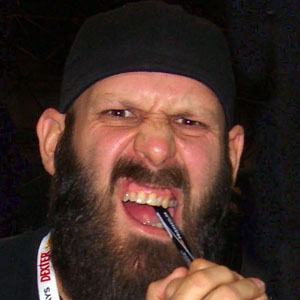 Best known as the designer of album covers for the Utah-based rock band The Used, this artist and illustrator also created promotional artwork for the Upper Playground and Hurley International fashion brands and album art for such bands as Aiden and In Flames.

In the early 2000s, he designed several calendars, including "The Beautiful People Calendar" and the "Astrology is Dead Calendar."

He created a web series called Chadam, basing the characters in the series on his The Used album cover creations.

He was born and raised in Antioch, California.

Alex Pardee Is A Member Of