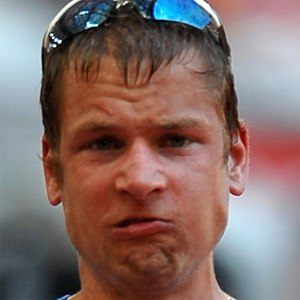 Race walker who won a gold medal at the 2008 Summer Olympics in the 50 km walk.

He was a talented and diverse youth athlete.

He was disqualified from the 2012 Olympics because of doping, which led him to retire from athletics.

He was born in Sterzing, South Tyrol, Italy.

He was one of eight gold medalists for Italy in the 2008 Olympics, joining athletes such as swimmer Federica Pellegrini.

Alex Schwazer Is A Member Of