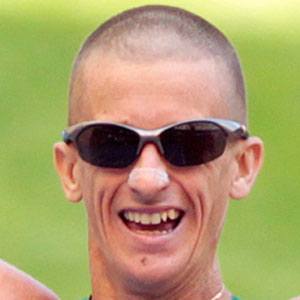 He was born in Cork, Ireland and first represented Ireland at the 2000 European Race Walking Cup.

His national 50 kilometer record was made all the more remarkable due to the fact that it occurred a mere three days after racing in the 20 kilometer event.

He married Marian Andrews, a sprinter who became a national champion in the 4×400 meter relay event.

He and Poland's Robert Korzeniowski have both been World Champions in men's 50 kilometer walk.

Robert Heffernan Is A Member Of