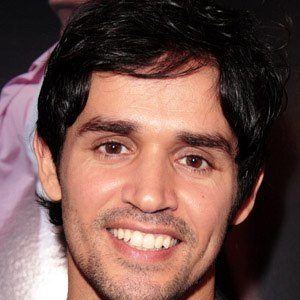 Race walker who made his Olympic debut at the 2004 Summer Games in Athens.

He won silver at the 1998 South American Junior Championships.

He was born in San Juan de Pasto, Narino, Columbia.

He competed at the 2012 Olympics, where Michael Phelps was the headliner.

Luis Fernando Lopez Is A Member Of