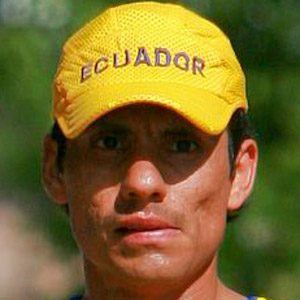 Race walker who won a gold medal in the 20km race at the 1996 Summer Olympics in Atlanta, becoming the first Ecuadorian to earn an Olympic medal.

He began race walking in high school in preparation for a physical education exam.

He was born and raised in Cuenca, Azuay, Ecuador.

He was part of a track and field contingency that was led by Michael Johnson at the 1996 Olympics.

Jefferson Pérez Is A Member Of