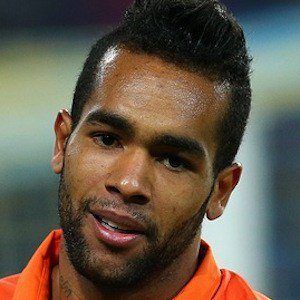 Brazilian soccer midfielder who joined Jiangsu Suning of the Chinese Super League in February 2016. The transaction set a record with a transfer fee of 50 million Euro.

He played his youth soccer for Vasco da Gama before making his senior debut with the club in 2008.

He spent more than six seasons with Shakhtar Donetsk, scoring 67 goals in 146 games. Liverpool had offered Donetsk more than 30 million Euro for the rights to Teixeira prior to his transfer to Jiangsu Suning.

He married Thais Cristina in 2014. He's represented Brazil at the U17 and U20 levels.

He and Fernandinho were teammates on Shakhtar Donetsk.

Alex Teixeira Is A Member Of