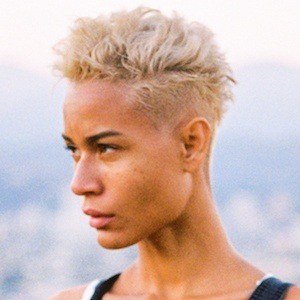 Signed by IQ Models NYC and LA Models Runway, she is an artist and social media personality in addition to model who has racked up 40,000 followers on Instagram.

She was 18 or 19 years old and living in Germany when a woman approached her for a $50 modeling gig, hence launching her interest in the profession. She then began modeling professionally thanks to Model Mayhem.

She previously worked as a hair stylist.

Born in Germany, she lived in Virginia before moving to Los Angeles, California. She has a couple of sisters and is a mother to a daughter.

She collaborated with Ari Fitz on a YouTube video called "The Whisper Challenge."

Alex Undone Is A Member Of