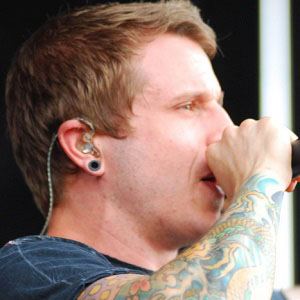 Famous as a screamer, singer, and lyricist with the California-based metalcore group Atreyu, he is also notable for his work with the metal project I Am War.

When he was just fourteen years old, he formed Retribution, a punk group that later developed into Atreyu. Suicide Notes and Butterfly Kisses, his first studio album with Atreyu, was released on Victory Records in 2002.

His battle with alcoholism inspired several tracks on Atreyu's 2006 album A Death-Grip On Yesterday.

He and drummer Brandon Saller are both famous as members of Atreyu.

Alex Varkatzas Is A Member Of