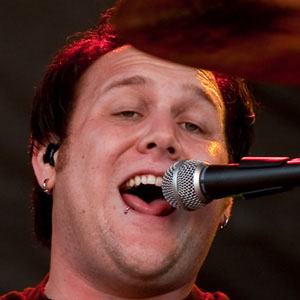 American musician best known as the drummer and vocalist for the metalcore band Atreyu.

He started playing for the punk band Retribution at age thirteen.

His Hell or Highwater project originally started as a solo project but grew to full-band status on the 2011 release Begin Again.

He and his brother Ryan were in the band Retribution.

He is known to use drumsticks manufactured by Vic Firth.

Brandon Saller Is A Member Of