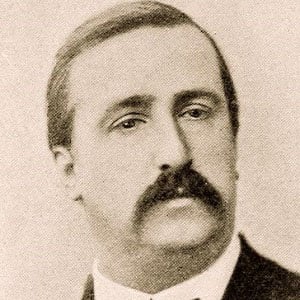 Remembered for his symphonic poem In the Steppes of Central Asia; his Symphony No. 2 in B minor; his String Quartets no. 1 & 2; and his operatic work Prince Igor, this nineteenth-century Romantic composer belonged to a prominent circle of Russian nationalist composers known as "The Five."

While writing music, he studied at St. Petersburg's Medical–Surgical Academy. His early compositions include an 1850 piano trio and an 1852 vocal music piece titled "Why Did You Grow Pale Early?"

A prominent chemist and women's rights activist as well as a musician, Borodin discovered the Hunsdiecker and Aldol chemical reactions and helped establish Russia's School of Medicine for Women.

The illegitimate child of Evdokia Konstantinovna Antonova and Georgian aristocrat Luka Gedevanishvili, he spent his youth in St. Petersburg, Russia. His marriage to pianist Ekaterina Protopopova resulted in a daughter named Gania.

After Borodin's sudden death, his opera Prince Igor was completed by Alexander Glazunov and fellow The Five member Nikolai Rimsky-Korsakov.

Alexander Borodin Is A Member Of