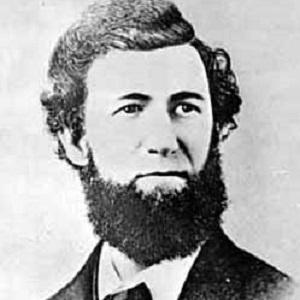 Perhaps most famous for his Christmas songs "Jolly Old Saint Nicholas" and "Up On the House Top," this nineteenth-century composer also wrote a hymn titled "Who Is He In Yonder Stall?" In addition, he composed a popular song, "Darling Nelly Gray," that tells the story of a slave who has been separated from his love.

After graduating from Otterbein University, he became a pastor at an Ohio branch of the Church of the United Brethren in Christ.

He died in his thirties of tuberculosis.

He and his father, Bishop William Hanby, both helped slaves escape to freedom via the Underground Railroad.

Chicago-based music publisher George Frederick Root bought the publishing rights to "Up On the Housetop" in 1865.

Benjamin Hanby Is A Member Of