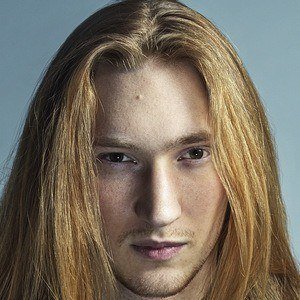 Singer who rocketed to fame in 2016 representing his nation in the 2016 Eurovision Song Contest with the single "Help You Fly."

He initially gained attention as the Russian representative in the Intervision Song Contest 2015, though the contest never came to be.

Known internationally simply as IVAN, he has released several popular singles in Russian and the 2015 album Opposition.

His grandmother was Moldovan. His parents are Viktor and Nadezhda Ivanova

In the 2016 Eurovision Song Contest, he competed against winner Mans Zelmerlow.

Alexander Ivanov Is A Member Of