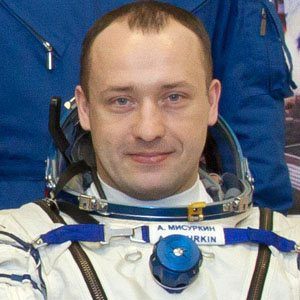 Russian cosmonaut on Expedition 35 to the International Space Station.

He earned the rank of Major in the Russian Air Force.

His flight to the ISS on March 28, 2013 was the first to use the fast rendezvous approach, reaching the station in less than 6 hours.

He married and had two children with his wife Olga.

He served in his country's military, as did Neil Armstrong.

Alexander Misurkin Is A Member Of