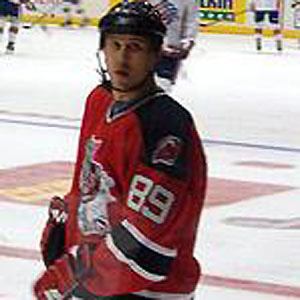 NHL right winger who was a Stanley Cup winner with the New Jersey Devils in 2000 and a six-time All-Star.

He played with the Soviet Red Army team, CSKA Moscow.

He became a member of the Triple Gold Club after winning an Olympic gold, a World Championship gold, and the Stanley Cup.

He grew up in the town of Khabarovsk, Russia.

He was the second Russian to record at least 1,000 points in the NHL; Sergei Fedorov beat him by just a couple of days.

Alexander Mogilny Is A Member Of