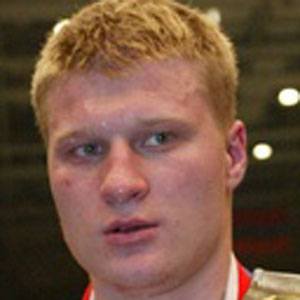 After winning an Olympic gold medal in 2004, he took a year off from boxing before turning professional in 2005.

He has also kickboxed at a high level, winning the W.A.K.O. World Championships in 1999.

He has a daughter named Arina.

He defeated Marco Huck to retain his WBA Heavyweight title on February 25, 2012.

Alexander Povetkin Is A Member Of