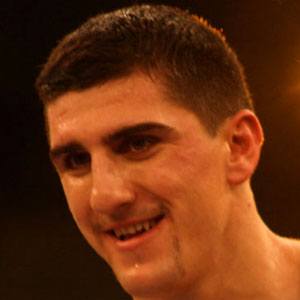 He started practicing Taekwando and kickboxing at the age of 10.

He won the gold medal at the W.A.K.O European championships as a kickboxer.

He was born and raised in Sjenica, Serbia.

He was defeated by Steve Cunningham in a fight for the IBF cruiserweight title on December 29, 2007.

Marco Huck Is A Member Of