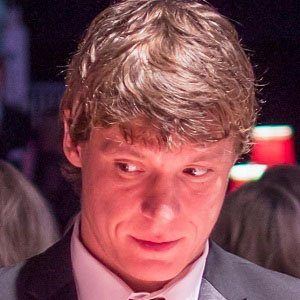 NHL right winger who played with the gold medal-winning Russian team in the 2012 World Championships. He played for the Washington Capitals from 2006 to 2012, scoring 40 goals during the 2009-10 campaign.

He had an auspicious NHL debut season in 2003-04, scoring 22 points in 52 games, but he missed the team's flight to Pittsburgh for their last regular season game.

He went back to his native Russia to play during the 2004-05 NHL lockout, and was conscripted there for two years, without being allowed to play for the Capitals.

He was born in Krasnoyarsk, Soviet Union.

He was teammates with another Russian, Alexander Ovechkin, on the Capitals.

Alexander Semin Is A Member Of