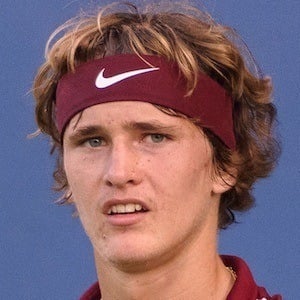 Breaking into the ATP top 50 at just the age of 18, he is a professional tennis player who won the 2014 Jr. Australian Open.

Early in his professional career, he won matches against top 10 competition in Roger Federer at the 2016 Gerry Weber Open and against Gilles Simon at the 2016 Open de Nice Cote d'Azur.

His father is former tennis player Alexander Zverev Sr. His older brother Mischa Zverev is a tennis player as well. He and actress Sophia Thomalla began dating in 2021.

He became the youngest player to break into the ATP top 30 since Novak Djokovic in 2006.

Alexander Zverev Jr. Is A Member Of