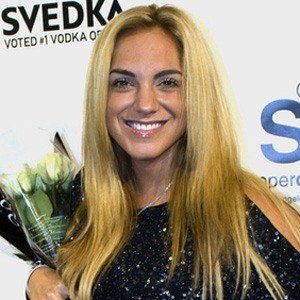 American actress and singer who won the award of Best Actress at the New York International Independent Film and Video Festival for her roles in The Perfect Girl and Purity.

She started her acting career appearing in roles on the television series, Prison Break in 2005.

She has performed many shows at the music venue House of Blues on Sunset in Los Angeles.

She was born to Domenica Piragine, a former drama teacher, and Vincent Louis DiTommaso, a lawyer and is of Italian descent.

Her singing style has been compared to that of Britney Spears.

Alexandra Dinovi Is A Member Of