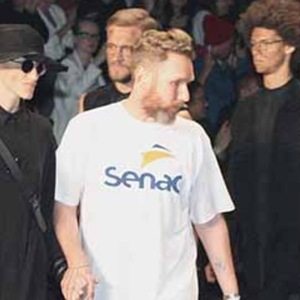 Brazilian fashion designer whose designs have been seen at New York, Paris, London and São Paulo Fashion Weeks. He was nominated for the 2010 Grande Prêmio do Cinema Brasileiro for Best Costume Design.

He learned about modeling and sewing from his mom, Regina, at the age of ten.

His parents are Regina and Benjamin Herchcovitch. He married Fábio Souza in 2013.

He was a costume designer on the 2009 film À Deriva starring Laura Neiva and Vincent Cassel.

Alexandre Herchcovitch Is A Member Of