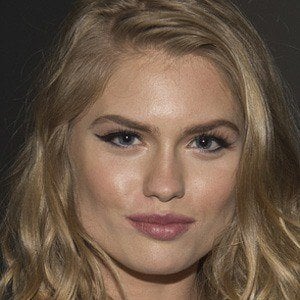 American model who caused a stir in 2014 after starring in a racy commercial for TomTom that was banned from television. She is also known for her appearances in magazines like Vogue Italy and as one of the faces of GUESS.

She grew up in Morton, Illinois and studied at The King's College in New York for one year. She was recruited to Glamoir Models by scout Heather Bozzone.

Also a YouTube vlogger, she has accumulated over 290,000 subscribers to her self-titled channel, which documents her life as a model.

She has a younger sister named Victoria.

She once participated in a soccer game at Brooklyn Bridge Park that featured retired legends from FC Bayern Munich as well as celebrities like Josh Henderson and Kevin McHale.

Alexandria Morgan Is A Member Of