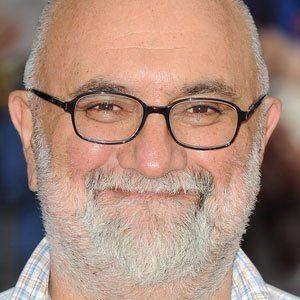 Comedian who was a staple of the alternative comedy circuit in the early 1980s.

He was involved in Britain's Communist Party and attended the Chelsea College of Art and Design in London.

He was number eighteen on Channel 4's 2007 list of the Greatest Stand-ups.

He married Linda Rawsthorn in 1974.

He appeared in the film Indiana Jones and the Last Crusade starring Harrison Ford.

Alexei Sayle Is A Member Of