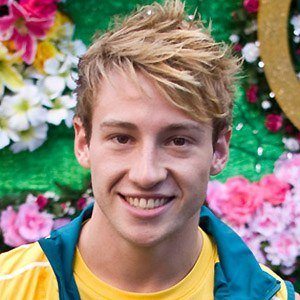 Australian Olympic diver who took home the gold medal in the 10m platform event at the 2008 Olympic Games in Beijing. His single-dive score of 112.10 became the highest score ever given to a single dive at the Olympics.

He was originally a trampoline gymnast who competed at the 1999 and 2001 World Junior Championships.

He is openly gay and has been a champion of gay rights in Australia. He served as the Chief of Parade of the Sydney Gay and Lesbian Mardi Gras in 2009.

He has been in a relationship with Lachlan Fletcher.

He and the United States' David Boudia are both Olympic champions of the 10m platform event.

Matthew Mitcham Is A Member Of