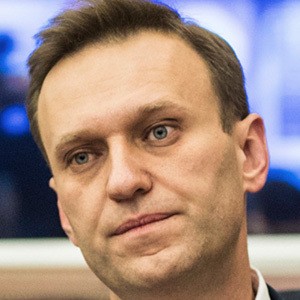 Russian activist and attorney who's organized numerous demonstrations that attack political corruption and President Vladimir Putin. He became a Russian Opposition Coordination Council member and leader of the Progress Party.

He earned a law degree from Peoples' Friendship University of Russia in 1998.

He launched a popular YouTube channel where he records his social and political commentary for 3.9 million subscribers.

His parents Anatoly and Lyudmila own a basket-weaving factory. He married his wife Yulia in 2000. His daughter's name is Daria and his son's name is Zahar.

In 2013, he ran in the Moscow mayoral election but finished second to incumbent Sergey Sobyanin.

Alexey Navalny Is A Member Of