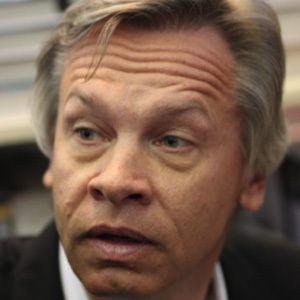 He is also known for having served as editor-in-chief of the Moscow News Weekly.

He was born in Beijing, China and married Nina Pushkova.

He is known for having worked as a speechwriter for Soviet President Mikhail Gorbachev.

Alexey Pushkov Is A Member Of