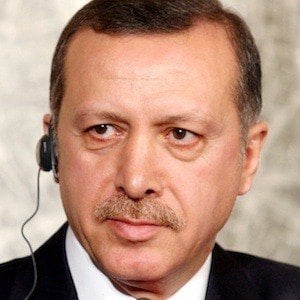 Leader of the Justice and Development Party who became the 12th President of Turkey in 2014 after serving as Prime Minister of Turkey for over a decade. He was also the Mayor of Istanbul from 1994 to 1998.

He sold lemonade and sesame buns as a vendor on the street.

He raised four children with his wife Emine Erdogan.

He has met with President Barack Obama.

Recep Tayyip Erdogan Is A Member Of