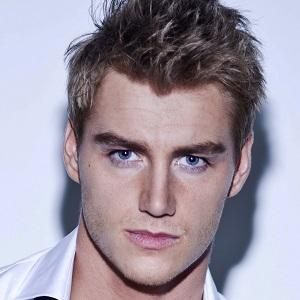 Russian pop singer best known for his 2005 appearance on The X Factor and for his 2011 performance at the Eurovision Song Contest. He has released such singles as "Get You" and "Russkie Zabili." He frequently performs and records under the English-language stage name of Alex Sparrow.

After training for many years as an accordionist, he began studying voice and won several singing competitions. He signed with Universal Music Russia in 2006.

An actor as well as a singer, he trained at the renowned Moscow Art Theatre and appeared in the American thriller The Vatican Tapes. In 2013, he was in a car crash in Los Angeles that caused a traumatic brain injury. He has since returned to recording and acting.

He was born in Tula, Russia to a housewife mother and a businessman father.

He and fellow Russian pop singer Julia Volkova were both born during the 1980s.

Alexey Vorobyov Is A Member Of